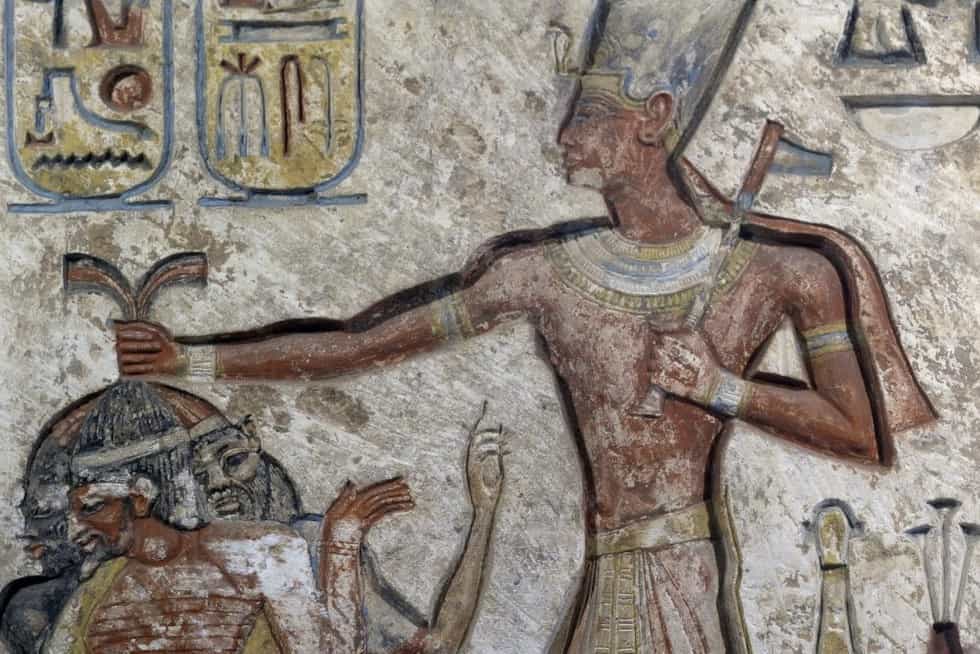 The average height of a king remained a steady 166 cm (5.44 feet) and featured much fewer variations compared to the general population.

What was the height of the pharaohs and queens in Ancient Egypt?

The determination of their heights is not based solely on the measurement of their mummies but also on calculations deriving from the length of the tibia and femur, correlated with age at death.

Several factors determine the height, but consanguineous marriages seem to have the most important influence.

A general analysis of the data we have access to reveals that pharaohs were usually much taller than queens. The predominant hypothesis for this height difference is that shorter women were considered more attractive (Pawloski, Stulp).

There are no royal couples in which the queen is taller than the pharaoh.

An exceptionally tall queen, from the analysis of the remains, was Nefertari, who likely reached a height of 165 cm. (Bianucci et al., 2015). This made her a taller woman than the average man of her time, but Nefertari was married to one of the tallest pharaohs ever, Ramses II. Ramses II was 173 cm tall when he died at 90 and was certainly much taller in his youth.

Robins and Shute calculated the heights of some of the pharaohs and queens:

Below are the heights of some of the queens:

The first border sign in history is in Egypt: The dominions of the Scorpion King

Were there really mummies in the pyramids of Egypt?