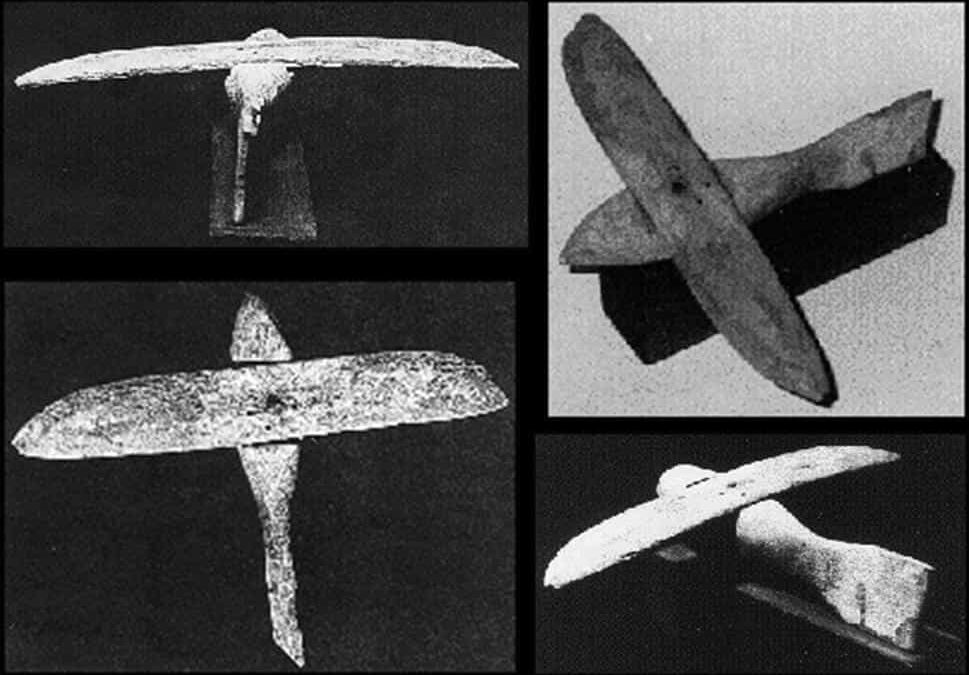 The Saqqara bird (popularly known as the Saqqara glider) is an object carved from sycamore wood and was found in the tomb of Pa-di-Amun in the ancient Egyptian necropolis of Saqqara in 1891. It resembles a streamlined miniature airplane.

It currently resides in the Egyptian Museum in Cairo and dates to around 200 BC (during the Ptolemaic dynasty). Those who discovered it classified it as a cult object.

It measures 15 cm, has a wingspan of 18.30 cm, and weighs 39 grams; it was originally painted to resemble a falcon.

Due to the lack of documentation, the purpose of the Saqqara bird is unknown. However, there has been speculation regarding its meaning.

Some think it may be a ceremonial object, as the falcon, the bird it resembles, is a form commonly used to represent several of the most important gods in ancient Egyptian mythology, most notably Horus.

Others indicate that it could be an upper-class child’s toy, a weathervane, or a type of boomerang—an object used to hunt waterfowl in Ancient Egypt.

Engraved drawings of weathervanes with forms like the Saqqara bird survive in Egypt:

Several reliefs have been found in the Khonsu temple at Karnak, dating back to the late New Kingdom. They show weathervanes on top of the masts of three ships, all of which were used in the Opet festivals.

Esoteric researchers believe the object is evidence that the principles of aviation were known many centuries earlier than is generally thought.

Some say that the dimensions and shape of the bird resemble a glider model; Egyptian physician and parapsychologist Khalil Messiha has speculated that the ancient Egyptians developed the first airship.

In 1983, Messiha wrote that the figure represents a scale model of a monoplane still present at Saqqara. He claimed that it could function as a glider if it had a horizontal stabilizer which, he supposes, “has been lost.”

While noting that the ancient Egyptians frequently placed miniatures of their technology in tombs, Messiha explains that the Saqqara bird differs significantly from other statues and bird models on display in the Cairo Museum. According to Messiha, the Saqqara bird has a vertical stabilizer that contrasts the horizontal shape found more frequently in the tail of real birds.

According to Messiha’s theory, the fact that it does not have legs and the angle of its wings are considered similar to a modern airplane are an attempt to achieve aerodynamic lift.

Despite these conjectures, no Ancient Egyptian aircraft have been found, nor is there any other evidence to suggest their existence.

Consequently, the theory that the Saqqara bird is a model of a flying machine is not accepted by Egyptologists.

Bahariya Oasis: The Fabulous Valley of the Golden Mummies

In the permafrost, Ancient Mummies of an Unknown Arctic Civilization were discovered.