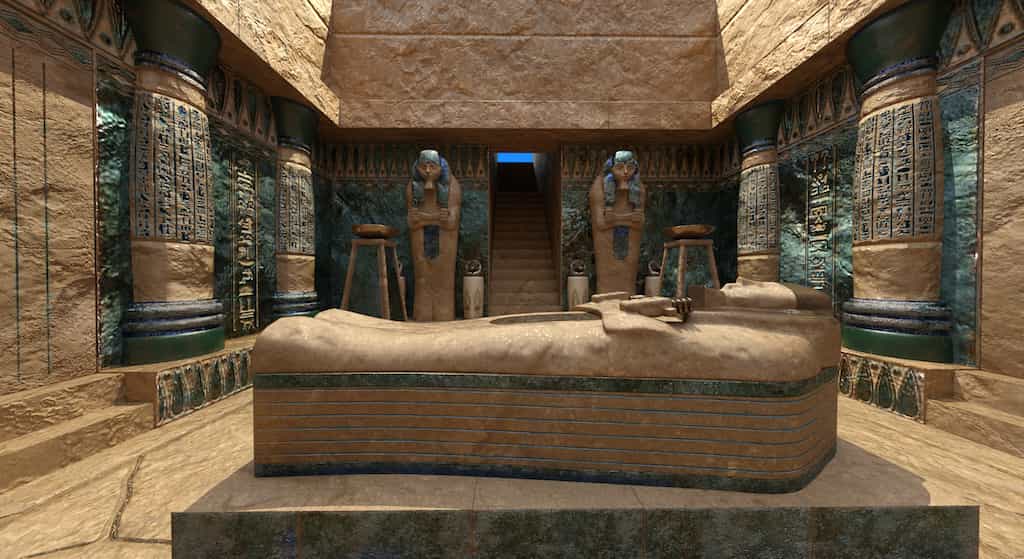 Some think of the pyramids as empty and enigmatic monuments, but they were built as tombs for the pharaohs.

Among the many misconceptions about Ancient Egypt, one widely held by the enigmatic community is that archaeologists have never found mummies in the pyramids, but instead human remains.

It is true that they are less numerous and poorly preserved mummies, which may have had less impact on historical disclosure.

But we have located the mummies of at least one sovereign from each of the Egyptian dynasties that ordered the construction of pyramids.

From the third to the twelfth dynasty, the pharaohs and their relatives buried themselves in pyramids, and we have managed to find some of their remains.

The lower number and the poorer quality of preservation could have very simple explanations: a pyramid is much easier to locate than a buried tomb.

For years, looters persisted until they managed to take away the rich trousseau accompanying the burials of Egyptian nobles and destroyed or left the human remains in a bad situation for their conservation.

As for the quality of the mummies, it should be remembered that mummification was a technique that greatly improved throughout the history of Egypt.

Compared to the New Kingdom, the embalmers of the pyramid-building dynasties were novices at preserving bodies. There were more than one thousand years for improvement.

Many times, the chronological perspective is lost when speaking of ancient Egypt as a block civilization, but its history is unfathomable: Cleopatra VII lived closer in time to the first McDonald’s than to the construction of the pyramids.

And it is not only looters of antiquity who are responsible for the loss of mummies in the Old and Middle Kingdoms, but also modern treasure hunters and early Egyptologists, who were unaware of the historical value of what, to them, were mere remains of a dead.

Today, finding a mummy is a scientific and media event.

Some were lost due to negligence and lack of organization in the drawers of the Cairo Museum, whereas many others have suffered more deterioration in a few years than during the centuries they spent deposited in their tombs.

Our conservation techniques and our own view of mummies as historical sources have also advanced.

Of course, there are honorable exceptions. Émile Amélineau (1850–1915) was a French archaeologist and Egyptologist who took an interest in finding bones in the tomb of Khasekhemwy at Abydos.

He found two bodies, but the lack of knowledge in the treatments that mummies require for his study put an end to the attempt. Amélineau recounts the following in his report:

“I preciously had all the bones collected; unfortunately, when we wanted to touch the bones of the first one, they broke; the skeleton dislocated, and the skull split. When I took them to Cairo to a specialist to study them, he told me that they were in too bad a condition to be measured. I’m terribly sorry, but I could only give what I had.”

We don’t know where the bones went. But let’s stop dwelling on what we don’t have and move on to the remains of mummies found in pyramids that we do have.

The first pyramid built was the Step Pyramid of Djoser. Human remains have been discovered inside, and Jean-Philippe Lauer (1902-2001) found a rib, a humerus, the left foot, and part of the stomach of a mummy in the stone sarcophagus of Djoser.

We are sorry to disappoint you, but the remains belong to several individuals and are dated after Pharaoh Djoser. But in the same pyramid, the skull of a princess was found who had been buried at the age of sixteen or seventeen, between 3532 and 2878 BC.

We are not leftover in chronological precision, but she is the first member of the royal family buried in a pyramid that we have found. In 1966, Lauer himself detected the remains of Sekhemkhet’s son, the pharaoh who built the second pyramid.

The so-called Red Pyramid at Dahshur was built by Sneferu, the first ruler of the fourth dynasty. His remains appeared mummified in his pyramid, the first with smooth sides, in the manner of the three great and famous pyramids of Giza.

Sneferu was the father of Khufu, the architect of the Great Pyramid. We have no idea what happened to his mummy. Instead, we have the mummified viscera of a queen of the fourth dynasty, found in a subsidiary pyramid.

Egyptologists have long claimed that the pyramids were the tombs of the Egyptian pharaohs. Since 1997-1998, we have the evidence that defends it.

The mummy of King Neferefre, the fourth ruler of the fifth dynasty, was found in his tomb, which was left unfinished due to the pharaoh’s sudden death.

One of the most complete and best-preserved mummies found in a pyramid also belongs to the fifth dynasty. It is possibly the mummy of Reputnub, wife of Nyuserre, the last pharaoh to raise his pyramid at Abusir.

A handful of other finds demonstrate the evidence: the pyramids were built as tombs, and in them, the remains of the sovereigns and their wives have appeared.

The Height of the Pharaohs

A Makeshift Casket of Sea Shells and Antlers: The 6500-Year-Old Grave of the Unfortunate Ladies of Téviec